Say no to the iguana egg! 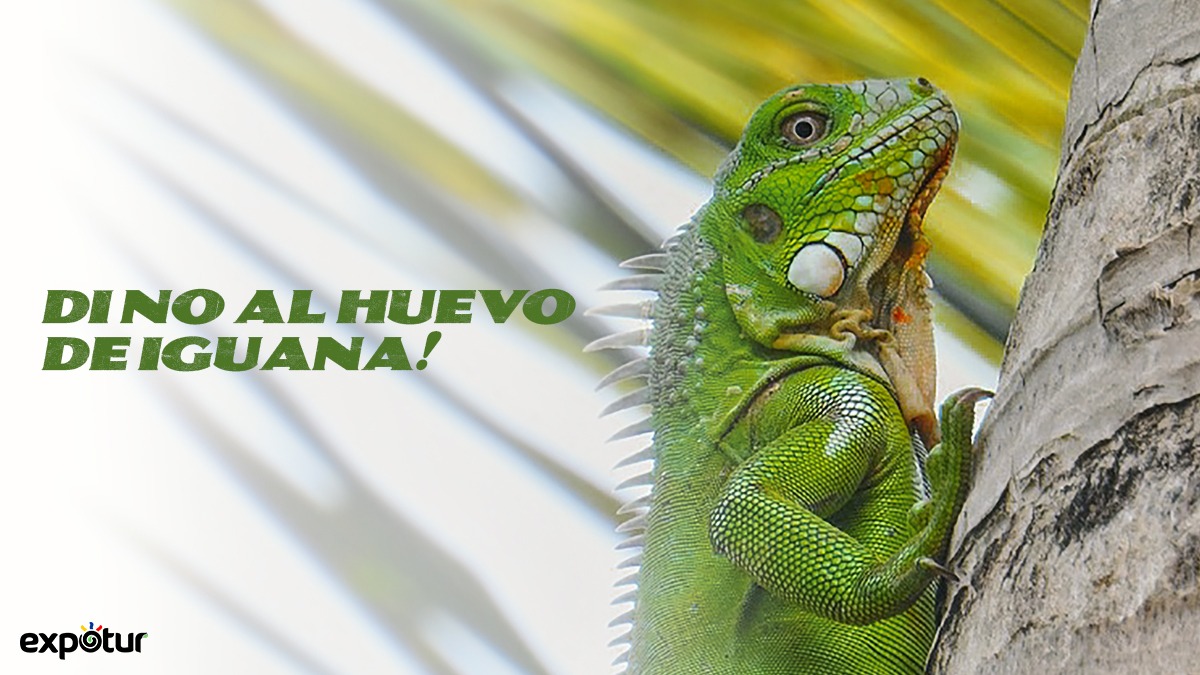 Saying NO to the iguana egg goes beyond not buying or consuming them; when we avoid acquiring them, we are rejecting a chain of torture and animal mistreatment, illegality and irreparable damage to the environment.

For years iguanas have been hunted, not only to extract their eggs, but also to consume their meat or to traffic them illegally. In this blog we will tell you the main reasons so that the next time they offer you iguana eggs, you say NO!

3 reasons not to consume Iguana eggs:

Iguanas are tortured for their eggs

When iguanas are hunted, they not only injure them to catch them, but while their heads are stepped on they take a knife or other sharp object to open them without anesthesia. Then, without any type of hygiene, they insert their finger into her body, the opening to extract the eggs. Once they take the eggs they introduce grass, donkey manure, paper, sawdust, sand, among other elements to supposedly “stop the bleeding”. After this, they are sewn with nylon or thread. Those who do not have that “luck” are left on the floor dying until they die.

It is important to mention that in the extraction of the eggs the intestines of the Iguanas often come out. Many iguanas bleed to death and the few who survive are sterile.

This is a species that is threatened by commercial overexploitation and although many people consider it as something natural or inherent in their culture, it is an illegal act.

The traffic of these reptile species occurs mainly from January to April, since it is the breeding season of the iguanas; this practice is more common in the Caribbean region.

The Police and Corpamag authorities (in Magdalena), work hard in favor of the protection of these species, carrying out environmental education days in the sectors where the exploitation of iguanas is most evident.

Report wildlife sellers or iguana egg traders on streets, highways, and establishments. For this, the service line 123 of the National Police has been established.

Damage to the environment

Iguanas have an important role within the ecosystem. These, after feeding, spread seeds within their feces, which directly impacts the growth of new plants and the development of the forests or areas in which they live. Likewise, a process of fertilization and transfer of nutrients to the soil occurs, which would allow the regeneration of green areas (two of the most essential and expensive processes when sowing in the field or in the city).

At Expotur we respect and are committed to the environment, that is why through this blog we want to join this fight and motivate you to say #NoAlHuevoDeIguana and all the illegal and torture activities linked to this practice.

Likewise, we hope to raise awareness and sensitize national and foreign tourists, as well as locals in the region, about respecting the natural heritage and conserving the environment.

We are not against the economic development, traditions or culture of certain regions of the country, what we DO NOT SUPPORT is the torture and overexploitation of this animal for the extraction of its eggs.

10 ways to help the environment

Top 5 nature documentaries, series and shows on Netflix to watch during quarantine.