Most visited and spectacular monuments in the world 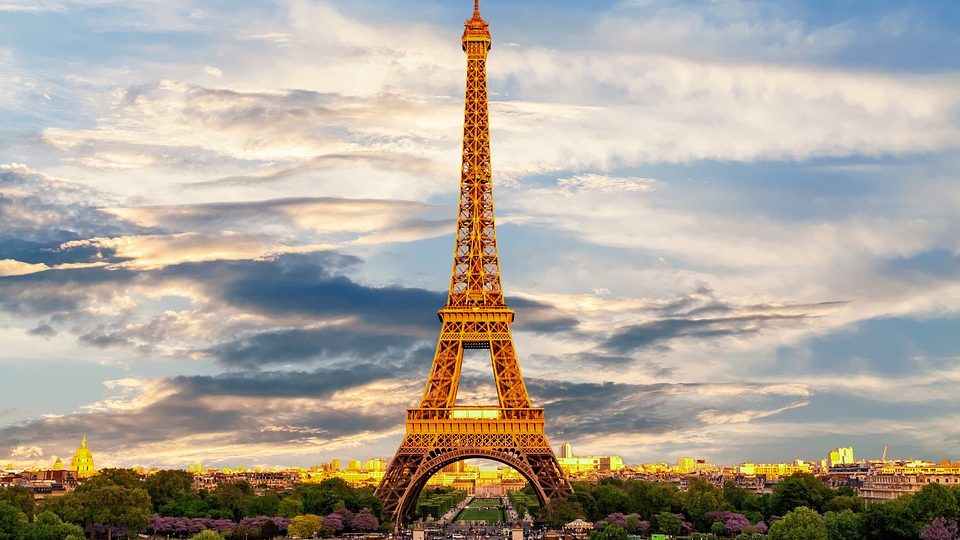 Around the world there are millions of places and sites that are of particular importance and are testimony to history, not only of the place but also of humanity that is how monuments have a special place in the
schedule of all travelers. Here we present what are and where are the most visited monuments in the world, which among other things, all share the title of World Heritage by Unesco.

Ten monuments you should visit at least once in your life

The Colosseum is probably one of the most famous monuments in the entire world. This place, which is kept halfway down, was built in the first century of our era, and at the beginning it was known as the Flavian Amphitheater, due to the Flavia dynasty of Roman emperors who had it built.
Today it is witness to the greatness and impossibility of the Roman Empire that is so visible that only one sees it for the first time in front of him feels overwhelmed. Since 2007 the Roman Colosseum integrates the list of the New Seven Wonders of the Modern World.

The Taj Mahal is not simply one of the most beautiful monuments in the world, but a jewel of Muslim architecture in India.
It is not only imposing but beautiful; all its details and ornaments are there to spend a lifetime contemplating them. Likewise, the love story behind its construction enhances its beauty and makes it the demonstration of this greatest and most spectacular feeling in the whole world.

Chichen Itza is not a single building but it really is a whole pre-Hispanic city of the Mayan culture. It is one of the most visited monuments in Mexico and the most impressive. One of the things that make Chichen Itza world famous is the game of light and shadow that takes place every equinox in which you can see the figure of a snake going up or down, depending on the season in which it is located; but it is also famous because each of its structures demonstrates the high level of astronomical and architectural knowledge that the Maya possessed.

Also nicknamed “The Iron Lady“, the Eiffel Tower built on the occasion of the Universal Exhibition that took place in Paris in 1889 is one of the most famous and visited monuments in Europe and the world. Each year it receives more than seven million visitors and visiting it is one of the things that they never forget in life, either being in front of it in the Fields of Mars.
Within it, or anywhere in the city of Paris, its view is always exceptional and falls in love. The emotion of being able to see it with your own eyes has no comparison with anything else in life.

Sheikh Zayed Mosque is one of the most famous monuments in the United Arab Emirates and you  must see if you are in this country. No matter if you are in Dubai, you should go to Abu Dhabi just to see this masterpiece, which I assure you will not regret.
It is considered the largest mosque in the country, but what is most surprising is its finish in marble and gold in it.

In addition to that, the mosque has other amazing details such as its light system that turns on at sunset and goes according to the phases of the moon. The best of all this is that the entrance to such a mosque is free and people of all religious beliefs can enter; you are only asked to have certain behavior and dressing considerations when you get in, it is a sacred place for Muslims. It is the only monument on this list that is not a World Heritage Site.

The Great Wall of China is another of the great monuments of the modern world that you should know. This wall is an incredible work of oriental engineering that served to protect the empire from enemy attacks. It is not true that it can be seen from space, as many claim; but with its more than 21 thousand kilometers long, the Great Wall is still surprising.

In Cambodia, one of the most mythical, mysterious and impressive archeological parks of humanity is located. This is the city Angkor Wat, located in the city of Siem Reap. This is a set of more than 45 temples built between the ninth and thirteenth century, in order to honor kings and gods of antiquity. She remained lost for a long time until one missionaries found it  in the year 1601. While the passage of time has wreaked havoc on the structures, most of them are still preserved and you can see in detail the symbolisms of this culture. Going into the jungle to meet this ancient mysterious city is an exciting adventure.

In the beautiful city of Athens is the Acropolis, a large mountain where the temples of the gods of ancient Greece are found, and among them is the Parthenon, the impressive temple that the Greeks built in honor of Athens, the goddess they claim, was his protector. Today it is in ruins; but even so, it is easy to size and get an idea of ​​the grandeur and impossibility with which they did it, causing it to be the most ostentatious of the monuments created during Classical Greece. From the top of the hill, where the temple is located, you can see a beautiful panoramic view of the city of Athens and other important monuments such as the Temple of Zeus and Mount Lycabetus.

Designed by the same author of the Eiffel Tower in Paris, the Statue of Liberty is one of the most visited monuments in the United States, as it is the icon that represents not only New York, where it is located, but the entire country. As in the case of the other most spectacular monuments in the world, being able to see the Statue of Liberty up close is an extraordinary sensation that leaves you speechless; but in addition to being able to see it, you can climb up to one of its two view point or both, being the last one, the crown from where you will have a beautiful view of Manhattan.

The Pyramids or Necropolis of Giza are not only the most important and impressive monuments of Egypt and the world; but also one of the oldest monuments in the world. These have aroused the curiosity of thousands, giving rise to many theories of aliens; however, regardless of the origin of the pyramids, the only certainty is that they are totally impressive structures. There are many pyramids, but the main ones are the three largest where they deposited the remains of the most important pharaohs of the time.

Museums in Santa Marta Colombia you must know

The most beautiful castles in the world that you should know

The most original hostels in the world where you must stay

Best museums in the world you need to know

Enter our social networks to see images and videos of tourist places in Colombia and the world. We mainly invite you to visit Ciudad Perdida, Minca, Tayrona Park, Cabo de la Vela, Punta Gallinas and other destinations in Colombia.

« The most original hostels in the world where you must stay
Thermal waters in Cienaga, Magdalena »